A few years ago, on a slow day in my voice-over studio, I was surfing the web. Does anybody say that anymore? Probably not. How about "information super highway?" Yeah, I didn't think so. But I digress.

That day, I stumbled on the website of the legendary voice-over god, Don LaFontaine. Since Don passed away in 2008, his site has changed a lot; however, I remember the first thing that I noticed that day on his site (a year or two before he died) was not his voice-over demos. No, it was something much more appealing, and it changed the way that I look at voice-over talent websites. I will deal with that in more detail in a bit.

First, my fellow voice actors, let me ask you a multiple choice question. Ready? What is the first rule when creating a website for your voice-over business? Is it...

A. A flashy background that screams, "Hey, I'm a voice-over pro, dude!"
B. A professional profile photo that looks nothing like you usually look, but just dazzles 'em!
C. A catchy title like "Top VO Dawg" or "Mouth of the South!"
D. A voice-over demo that showcases your spectacular talents, and leaves them wanting for more!

If you guessed A, B or C, you're either being silly or you don't yet understand the whole purpose of a voice-over website - especially that website's landing page.

No ifs, ands or buts about it, the most prominent thing your website visitors should see when they come to your site is your demo(s)! Isn't that what most of your visitors are there for? Or are they coming to see your cat pictures? 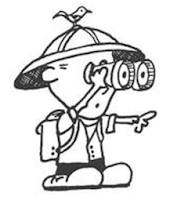 The other day I landed on a VO talent's page, and immediately spotted the dreaded, missing demos on the landing page. Don't make your potential clients go on a hunting safari to sample your voice!

Remember, we live in a society that demands immediate satisfaction. So why would you hide your most important feature on your website? Your voice-over demo is your calling card! If you went to a conference packed with potential clients, would you hide your business cards in planters and under seats, hoping they'll be found? Put that demo smack-dab in the middle of your landing page!

Okay, so back on the subject of what gave me that eureka moment when I visited Don LaFontaine's website years ago.

After watching two or three of the videos on Don's site, something occurred to me. When you land on a website with some audio, maybe photos and a video, which appeals most to you? I am willing to bet that most people would hit the video play buttons before even noticing the audio play buttons or photos.

Now, I came to this conclusion about 10-years ago, but really didn't start working on video for my own site for a few years (yes, I just threw in a cheesy plug for my website).

For years, we voice-over people have focused on just audio demos, which was fine then, but not anymore. Video is IN. If you are doing voice-overs for TV or web ads, explainers, documentaries or anything that puts your voice in the video, you are missing the boat if you're not using clips from those videos in video VO demos. Of course, you should always ask for permission to use your clients' videos for your promotional purposes. Most of the time, they'll say yes.

And again... put those video demos where your potential clients will see them the very second they land on your website!

Wishing you all the best in VO Land,

Running From My Niche 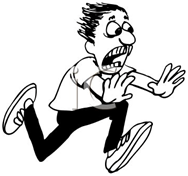 "No! Not narrator again!"

When I was about 6-years old, I remember being excited when the teacher told our class that we were all going to be part of a play. The thought of acting in a play made me jump and raise my hand as I shouted, "Oo! Oo! Oo!" If you're over 40, you might remember the character Arnold Horshack doing something like that on the TV show "Welcome Back, Kotter." Yeah. That was me that day.

However, my excitement died down as the teacher picked all of the kids who would play the characters in the play. One by one, she chose Bobby for the lead role, Susan for the wife of Bobby, David for the bad guy, Harold for the farmer, and so on. Then, finally, she looked at me. I frowned as she said, "Scott, you will be the narrator."

I thought to myself, "Why me?" Why was I the kid who got stuck at the side of the stage reading from the book? I wanted to act! But no. I was the kid in the shirt and tie, standing at the podium with a microphone in my face.

After a while, I learned to accept the role, and vowed to do my best. The play went well. Bobby and Susan wowed the audience, while David, Harold and the rest brought laughs from everyone. That day, I decided that narration was not for me, and that I would be an actor in the next play.

You might be ahead of me here. Yes, every year after that first play, I was chosen as the narrator. And every year, I trudged through it, wishing I was acting in the play. I don't remember if I ever complained to the teachers who chose me, but I don't think it would have mattered. It was like the word "NARRATOR" was stamped on my forehead.

Strangely enough, it was only just recently that I realized that most of my clients hire me to... narrate! I also realized that I was still focused on character voices, which I do get hired to voice from time to time, but nowhere near as much as narration.

So often in the voice acting business, you will hear peers say, "Find your niche and hone it." All these years, I have been running from my niche. Running from my God given talent. How silly is that?

If you are a voice actor, are you running from your niche? Is it staring you in the face? Stop running. Grab it and run with it!

Wishing you all the best in VO Land,

Posted by Scooter at 8:30 AM No comments: